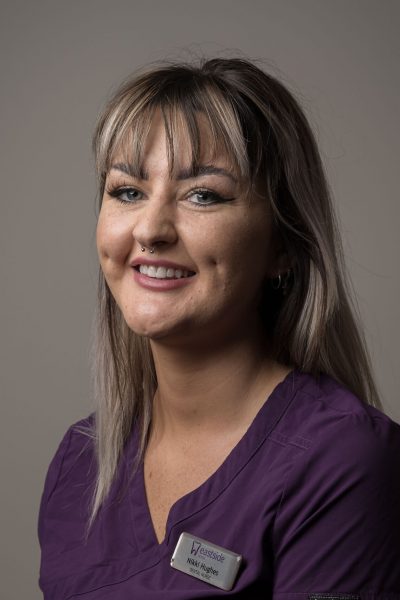 Nikki was born in Cardiff and later spent a few of her childhood years living in Spain with her family before they moved to Swansea. Through her adult years, Nikki has moved between England and Wales and returned to live in Swansea in 2019 where she later joined the Eastside team in early 2020.

Nikki says her favourite aspect of working at Eastside is the big team of lovely people.

In her spare time, Nikki enjoys music, playing her guitar and gaming. She is also working towards re-gaining her confidence in speaking the Spanish language.

BACK TO THE TEAM

Email: hello@eastsidedental.co.uk
or alternatively click to fill in an enquiry form